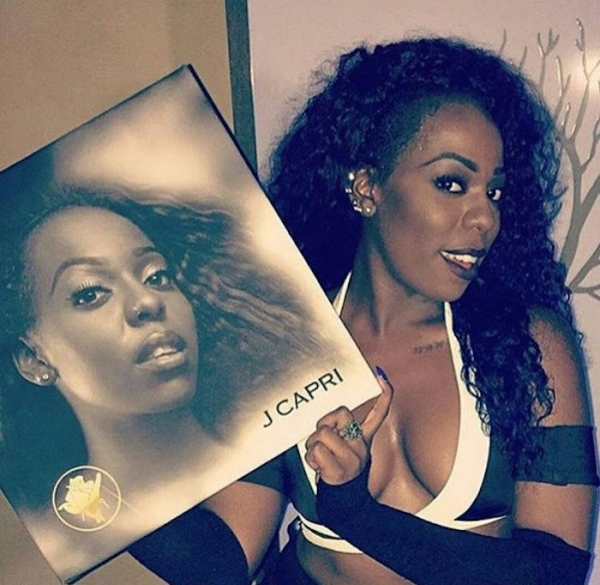 J Capri, whose right name is Jordan Joel Phillips, the daughter of talented Jamaican DJ Mr. Murphy otherwise known as Kenneth Phillips and cosmetologist Oradell Carwin, was born on the 24 December 1991, Kingston, Jamaica. J Capri is a singer, songwriter and DJ who aspires to be the most versatile female artist out of Jamaica. She is influenced by artistes such as her father, her cousin, Chad Phillips otherwise known as Dahj, Patra, Vybz Kartel, Lauryn Hill, Aaliyah, Beyonce and a caliber of artistes from different genres. Ever since Jordan was 6 years old, she knew she wanted to be a musician. She attended St Richards Primary School where her talent was recognized one day at a singing competition. She was quite nervous and lost the competition, however, quite a few people believed she was the better singer and that she should have won. Ever since she sang that day, though she was disappointed she didnâ€™t win, she knew for a fact that music is what she was destined to do. She moved on to attending Wolmers Trust High School for Girls; the school that changed her outlook on people and life itself.She was no A+ student but Jordan was filled with potential. The experiences she went through at Wolmerâ€™s, both good and bad, made her realize that she was born with a wonderful talent that should not be hidden. At 17 years of age she attended EXED Community College where she studied Performing Arts then moved on to attending Edna Manley School of The Visual and Performing Arts. She met people who inspired her creative outlook on fashion, music, art and dance. However, when she was in the last semester of her first year at Edna Manley, she was blessed with the opportunity of meeting Tarik Johnston, popularly known as Rvssian, CEO of Head Concussion Records. For years Jordan was hoping to work with either Rvssian if she ever decided to seriously become a dancehall artist, so when she met rvssian she was extatic and couldnâ€™t wait to start working with him.Jordan was always a dancehall lover and wondered daily about what she would be like as a dancehall artist but she was always more into r&b. When Jordan met rvssian, he asked her to write her first dancehall song. Rvssian was very impressed with what she came up with and decided to produce a hit song with Chan Dizzy, who was creating a big buzz with his hit song â€˜Strange Faceâ€™. Jordan was very excited to work with Chan Dizzy because she admired his versatility. Nicest Feeling was then released late November 2011. The song was very well received in Trinidad and Tobago and Florida. It also has over 400,000 views on Youtube. Capri started to generate a big buzz after she released hit song, Whine and Kotch with popular dancehall artist Charly Black produced by Rvssian. The song went number one on itunes in over 7 countries such as Netherlands, France, Trinidad and Tobago , Guadeloupe, Martinique and more. J Capri was asked to tour in Paris France, Guadeloupe, Martinique and Trinidad and Tobago 4 months after she released Whine and Kotch with Charly Black. Rvssian decided to keep the hype going by releasing â€˜â€™the sequelâ€™â€™ of Whine and Kotch. Rvssian didnâ€™t have to do much convincing to get one of the hottest dancehall artists, Konshens, to collaborate with his new artist J Capri. When the song released,it started wreaking havoc on radio stations in Trinidad and Tobago, Jamaica and Martinique. J Capri and Konshens shot the video 2 weeks after the song released and in less than a month the video was premiered on Trinidad tv and on YouTube. So far the video has over 98,000 views. Quite a few people believe that J Capri is the new Patra, the future of dancehall. There is no doubt that she just may be â€˜The Next Big Thingâ€™.
After a violent car crashed, J Capri joined the angels in December 4, 2015
Bookings & Keep In Touch With Artists