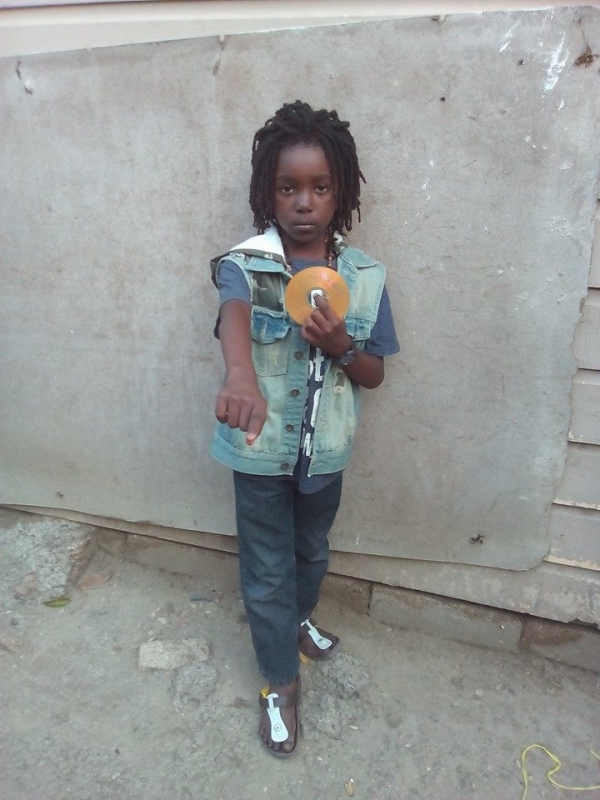 Born Lionel Singjah Gregory Henry on
August 12, 2006 most popular known as SingJahLion, Originally from Portland
Jamaica area.  Singjahlion is an only
child of the great Artist Raspeck.

He didnâ€™t
grow up with his biological mother but was lucky enough to have his dad by his
side that not only fathered him but guided him through his musical routes.  He is surrounded by a musical family beside
his dad AKA Raspeck, he has an uncle AKA Dâ€™Vercity also pursuing his musical
career.

Singjahlion attends the Eltham Park
Primary School has he starts his 4th grade.  His musical path stems from his growing
family surroundings.  All his young fans,
family and friends believe in him and foresee great things coming from this
young artist.

Once Singjahlion discovered his talent
and the joy he felt when either writing music with his dad or performing on
stages in his area, that is when he knew his true calling. His father is all
about his school, and his music.
Education must come first in order to have a solid background while
achieving his musical career.

During his short journey he got in
contact with a few label companies "Likkle Peppa" who gave him an
opportunity to record on one of his projects and next thing you knew he
recorded on a few of Likkle Peppaâ€™s Beats.
His tracks are getting a buzz in the streets and that is all Singjahlion
askâ€™s for.

Singjahlionâ€™s idolâ€™s are his dad Raspeck
and his uncle Dâ€™Vercity, and his musical inspiration comes from artist such as:
Chronixx and Bounty Killa.

Singjahlion is managed by his father and
directed by his uncle.  He is always
recording new tracks for djâ€™s, producerâ€™s, and most importantly; his fans.  Him nah stop praise Godâ€¦

Singjahlion was featured as the youngest
reggae artist on the http://www.vlinkradio.com" target="_blank">www.vlinkradio.com.  Djâ€™s from the VibesLink Team is always in
full support of radio airtime for this young vibrant artist.

DJâ€™s, Promoterâ€™s and Producerâ€™s: Look out
for more projects from SingJahlion in the near future as there is more great
things to come from this young reggae artist.